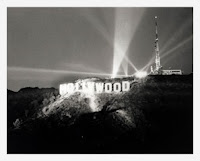 Manny Pacheco is a radio and television personality from Orange County, California. His career has spanned over three decades. He was a host of the Daytime Emmy-nominated, In Studio on KCOP 13. He has also appeared on NBC’s Santa Barbara, and moderated many public television pledge drives (KCET in Los Angeles). He also had a principle role in the documentary, Karaoke Fever, which was featured at the L.A. Film Festival in 2001.

The ideal companion for both lovers of cinema and students of history. Manny Pacheco’s Forgotten Hollywood Forgotten History highlights the best supporting actors and actresses of Hollywood’s Golden Age, and their films that tell America’s story.
Posted by CRN Digital Schedule at 2:45 PM